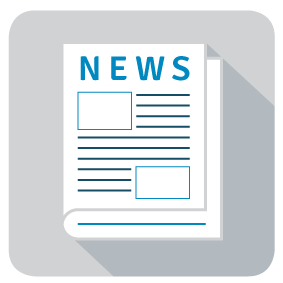 Indonesia is in the throes of a rapid transformation, swept along by its position at the heart of the world’s most dynamic economic region, rapid urbanization, and rising incomes that will propel an additional 90 million Indonesian people into the world’s consuming class by 2030. Over the past decade, the economy has grown more strongly and been more stable; today it is more diversified than many outsiders realize. On current trends, Indonesia is on course to become the seventh-largest economy in the world in 2030 from the 16th largest today.

Indonesia has performed remarkably well during the past decade, emerging as a vibrant democracy, a strong economy, and a serious player on the international stage. At the turn of the century, Indonesia was the 28th-largest economy in the world; by 2011, the economy had surged up the global GDP rankings to 16th place. Within Asia, Indonesia is the fifth most important economy behind China, Japan, India, and South Korea, and an established member of the G-20 leading economies.

The economy rebounded strongly after the financial crisis that swept through Asia in 1997 and 1998, growing steadily at an average rate of 5.2 percent a year between 2000 and 2010, a pace exceeded only by China and India. Projections indicate that Indonesia’s prominence in the global economy will continue to grow. Indonesia is one of six countries that the World Bank believes will account for more than half of all global growth by 2025, the others being Brazil, China, India, South Korea, and Russia.

In short, the Indonesian economy is larger, more stable, and more advanced than many companies and investors around the world realize.

Indonesia can expect continued strong economic growth to 2030. Which uses conservative assumptions, the average annual GDP growth of 5 to 6 percent a year to 2030, compared with the government’s 7 percent target. Citigroup estimates that Indonesia could overtake Germany and the United Kingdom to become the seventh-largest economy in the world by 2030 after China, the United States, India, Japan, Brazil, and Russia.

Indonesia’s economic growth is benefiting from a number of powerful positive ongoing trends. renaissance, powered by urbanization, is a piece of geographical and historical good fortune for Indonesia that is already fuelling its exports. The expansion of a consuming class with considerable spending power across Asia and in Indonesia itself promises new markets overseas and also a more vibrant domestic market at home. These consumers are already pushing up demand for Indonesian exports, including agricultural products and energy. And, in contrast to the many regions whose rapidly aging populations are constraining growth, Indonesia has a young population with the potential to do the opposite.

If the government and the private sector initiate a productivity revolution across the key sectors that we have discussed namely consumer services, agriculture and fisheries, resources and meet the nation’s skills challenge, Indonesia could create a very substantial opportunity for the private sector that we estimate could be worth as much as $1.8 trillion by 2030, compared with $0.5 trillion today.